racing towards the woods

Beyond the cybord 70 you will find the queen’s forest…

The grapes should know the way to the big mushroom tree .

so where is the big mushroom tree?

so I took the road less traveled by

through which I disappeared now

and transformed to a mushroom.

The less spectacular and bold a road the more interesting it is mentally.

It is like a blank canvas where mind acts selective to grasp colors through and compose.

I have been biking today not so willing at first considering the warm wind from the south penetrating with its heaviness through my flesh but I decided to move on.

I started the route wondering if I were fit enough to go. It turns out we always are fit enough until we’ll be blocked by shadowing thoughts. Logic tells if you weren’t then you would not even start bugging about it.

It is interesting to see how thoughts start flowing then and gradually get fluent as ‘we’ accelerate.

I stopped questioning why I should be taking exact same route for the third time.

Would that be because of comfort (for sure) or because I did not feel like stopping for even one minute of hesitation this time or is that called laziness? The teasing sound in my head insisted to : come on …go discover a new route now ! You have seen that one twice already!

Well I ignored that sound and continued and I am glad I did.

Because by that decision I could discover something very important today that could lead the day and after.

First I released inconvenient demons, bits of me slowly behind me.
Superfluous vapor made an imaginary gray track and transformed to a natural phenomenon in the air – something that can raise up to join the rain clouds.

Then I met myself from the past two tracks. Those me’s were obviously pinned for good on invisible parts of that route. Thoughts spoke out as gold mine or as a secret code that could be revised and learned from.
I got amazed how beneficial it is taking the route third time and meeting the learnings of my forgotten/left-beyond-the-daily-thoughts spirits from the past two tracks.

Sure! I am a multidimensional synaesthetic at times when I get sensation of things out of blue.

My day started with the spirit of thyme then on the road I felt like a mouth watering bite of an apple while I thought of doing the 210 km Norway track with someone and while I was wondering if there would possibly be a rewarding store at the beach from where I could get an apple.

The moment all that converted to a cinnamon taste – an association for a cinnamon cookie usually served beside a cup of coffee at the beach – I looked up to complement the sensations with my body and saw that mysterious response by nature.

An apple tree! At the side of a road. With plenty of ripe apples under it and two fresh ones on the branch looking at me. Well sure I stopped and picked one for me and one for you as I always do.

And one from under the tree to eat at the beach.

Well I like sharing stuff so later on I shared the apple with a black crow at the beach that was patiently observing me and waiting for me to share. He put his feet protectively on it and chased the other jealous crows during eating joyfully and affirmatively. Yes we had a deal! And we both knew from the start. Well I hope this will be a good sign for my slowly shaping 210 km Norway track.

Along the route I met the garden of the gnome-house. I call him like that as he was doing gardening the past 2 times in the gnome garden. He was not there this time but there was light inside. I peeped through during passing to see more but did not stop of course.

It is a secret to pass by.

I suspect the big old man with a beer belly taking care of the garden and the house is meant for a gnome family.

This guy himself is as big as the house itself and the garden.

He can hardly fit in there so I seriously suspect he is the housekeeper of a gnome mansion.

Finally I had a nice walk at the beach. I saw a mandala made by seashells and a secret gate.

I shared my apple with the crow and returned from a new route that was spread open to me suddenly.

That was the surprise really.

The difference just comes to you when you take the effort to be where you really are.

1-  It seems Jules Verne has many times visited the Obscure Cities to gain inspiration for his writings and according to Benoît Peeters many other artists, philosophers also did -such as Kafka! That’s comforting for my journeys 🙂 and inspiring to hear!

2- It was great to be confirmed once more that artistic style is not bound to medium unless that would be a need of the artwork and concept.

3- It is also great to hear that a quality storytelling can afford any type of drawing/medium and nowadays publishing and reaching to audience is so affordable (also financially).

4- I found myself nodding when he said that François Schuiten really needed that his skyscrapers and machines are working and loveable. They must!

5- So intriguing to hear that the fictitious character Mary von Rathen in the album shows up on this plane and sends letters to the creators that she really exists: http://www.theobscurecities.com/home/

6- ingenious to have two city energies separated by one river! Haha I call it a solution to duality without compromise or mutually exclusive and can occur at the same time

7- time creates a firm partnership between the two like minded partners in such a way that their story recreates them to continue its (the story) life, the story becomes alive. They come to a point that the illustrator becomes the author and visa versa.

8- almost a secret in stories that are alive as such that at the start you do not know what the magical element is . The one that will become a driving factor and lead and give form to the story but stay as magic by keeping its pure nature within… magical elements remain invisible. For this part he said it was the color element.

9- Ah yes of course beware of the details! 😀

the fictitious ingenious professor demonstrates the solution of a rather complex equation and it turns out that the result in the published version is incorrect for two digits and many readers send letters weeks long inquiring if the result should be revised!

10- many parts of the comic album has been used by artists for their works but also fictitious teaching methods has been adopted and used by teachers and architecture by inspired architectural projects.

11- super cool and funny – the idea of the Leaning Girl – http://www.theobscurecities.com/alaxispress/    – we all have our leaning sides I believe.

12- and so yes: you will see and be the story and you can only see the story when you believe in it and be it.

a german bread (says the shopkeeper) from the local biological store
so pretty to fancy about but hard as a rock.

I’ve been struggling my way through tonight, analyzing why on earth I should be making that picture and momentarily I received a response/a  text message 🙂 … about just a way of saying between us (since childhood) …about dream colors..  go sleepzzz 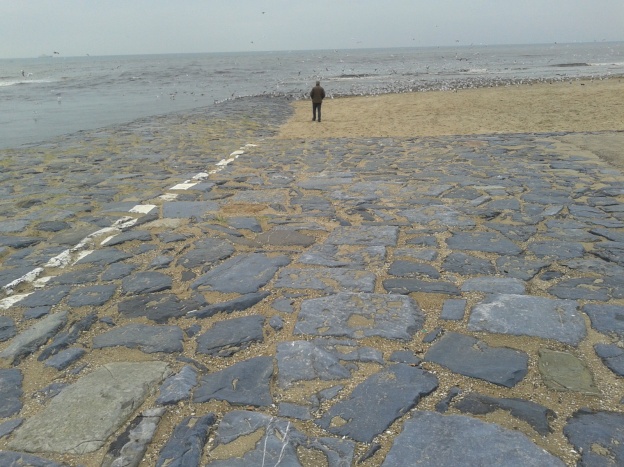 I have been madly biking past 2 days. I finally found myself at the end of the region wishing to cross the sea. After a pic shooting walk at the lonely beach my hands were numb but I found that out only after being unable to unlock my bike so I went for a coffee- makes sense the wind is against me on my return.

dnalumuland
Create a free website or blog at WordPress.com.